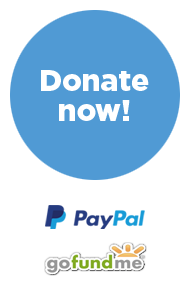 Healthcare Disparity continues to lie at the crux of why morbidity and mortality differs all over the world. Stark contrast is clear when economics determines who gets treated and how well the treatment will be. Access is often limited with inequities clearly present along multiple healthcare platforms. The Trans-Atlantic Medical Relief Foundation was created to curb that unfortunate truth. Since its inception,TAMRF has targeted populations that have limited contact with providers and supplies that would provide quality healthcare. We have turned our initial efforts towards Ukraine.

This Eastern European nation has seen both political and economic strife in recent times. Universal coverage for healthcare is in name only. There appears to be a strong paucity of resources, supplies and workforce to manage a population of 45,0000000. As a result, the country has one of the highest mortality rates in Europe, a lifetime expectancy that lags by nearly a decade and a birth rate that happens to be one of the lowest in the world. Their incidence of HIV has been rising since the 1990’s and now represents some of the highest rates in the industrialized world. Stigma has affected children infected with HIV. Abandoned with little support, many of these unfortunate children grow up with mental health disease and substance abuse disorders which only increase their risk of communicable disease like HIV and Hepatitis C.

The ongoing military conflict in Eastern Ukraine has left millions without a home. The current Ukrainian infrastructure is unable to support this group of displaced citizens. Medical needs are going unrecognized and further sickness and death are rising unnecessarily. Finally because of limited resources, Ukraine’s most vulnerable are seeing rates of death continue to rise. Maternal mortality and infant mortality have been rising dramatically and all because necessary supplies and a limited workforce continue to impact the care of these groups. Because of economic distress, many healthcare providers are being underpaid by the government. This has prompted many providers to leave the public sector and seek employment with private clinics. Clinic access is limited because the average Ukrainian earns less than 10$ USD/day. This level of poverty prevents the average citizen from receiving the care that they need.

Our new initiative will take us across the Atlantic Ocean to Latin America. With the recent collapse in the price of oil, economic sanctions imposed by the US and the corresponding implosion of Venezuelan economy, the government’s promise of free quality healthcare for all of its citizens was broken. Although the Venezuelan government has provided few official statistics to measure the breadth of this crisis, data provided to the UN by the Venezuelan government in its appeal for humanitarian aid makes clear that Venezuela now suffers from:

TAMRF has partnered with several charitable organizations (UNAIDE and STOPVIH) in Venezuela to bring medical aid to its suffering population. With the support of our generous sponsors, we aim to raise funds for HIV prevention and nutritional services to be acquired in the U.S. and distributed by our local partners in Venezuela.

We present our efforts over the past year (October 2016-Present). This website will include a review of our current programs, future programs and our methods of fundraising. The Trans-Atlantic Medical Relief Foundation is a New York based charitable group, certified with the Internal revenue Service as a 501c(3) non-for-profit organization. We have provided medical relief on an international platform and the purpose of this report is to maintain a level of transparency for all have contributed in the past and will do so in the future.

I am grateful for all the support that we have received this past year and as we look into the future I am optimistic that we will succeed by continuing the path that we have started with…Global equity in healthcare.